Encouraging Kids to Communicate: An Excerpt from the New Book HIGH by David and Nic Sheff

Encouraging Kids to Communicate: An Excerpt from the New Book HIGH by David and Nic Sheff

Below is an excerpt from the new book HIGH: Everything You Want to Know About Drugs, Alcohol, and Addiction by David and Nic Sheff, a father and son team who are experts on substance use because they’ve lived through it. The book is intended for kids. In David’s and Nic’s own words: The book isn’t full of cut and dried answers, because there are none. This book isn’t going to tell you what to do, because no one else is in your shoes. This book isn’t going to tell you to “just say no.” This book wants you to “just say know.”

David and Nic wrote this book for teens and young adults, ensuring that they were treating them with the respect and honesty they deserve. But parents can learn a lot from teen-oriented drug education, too (like NIDA’s National Drug and Alcohol Facts Week) and keep this book on hand to help open up useful conversations with their kids.

Finding Help, Helping Each Other

As we’ve said, kids need help with whatever they’re dealing with: bullying, gang violence, questions of sexual orientation and health, self-harm, gender and cultural identity, stress, poverty, violence at home, and much more. When parents can’t help, some schools have programs in place to help with some of these issues. At the least, many have counselors.

One way some schools help students is with peer-counseling programs. It can be easier for some kids to talk with one another than to adults about certain things in their lives. “Adults are always trying to solve our problems,” said Teri, a high school sophomore. “We need someone to listen. And there’s a bond when we see each other during school. Someone who knows you and appreciates you.”
With the permission of everyone in the group, we visited a peer-counseling session at a school in California. It was remarkable—it made us wish we had peer counseling when we were in high school.

Students were open about a range of issues. A girl was being pressured to have sex by her boyfriend. Another girl said, “That’s been happening to me, too.” They talked about it, and others in the group weighed in. A boy, a junior, talked about the pressure he was getting from home about college; he got a B in a class and his parents were “freaking out.” There was a lot of talk about a party held the previous weekend where kids played beer pong and were shooting tequila. With obvious sarcasm, a girl said, “Some of us weren’t invited.” It led to a conversation about cliques—who was in, who wasn’t. A girl said she saw pictures of the party posted on Facebook. “There was a moment when I felt bad—like I was this loser. But actually the pictures made me glad I wasn’t invited. Everyone was wasted. Hooking up. Gross.”

Some peer-counseling groups are open to any student who wants to come. Others are closed, possibly focusing on one issue or, to make it feel safer for some kids, limited to girls, boys, LGBTQIA+ students, or other groups. Peer counselors are trained to talk to and advise one another. A senior who’d been trained to lead peer-counseling sessions at the California school said, “I did it to help other kids, because I related to how hard and lonely it can be from when I was younger. I didn’t plan for how much it would help me, too.”

If your school doesn’t offer peer counseling, consider starting a program—there may be a teacher or counselor who can help. 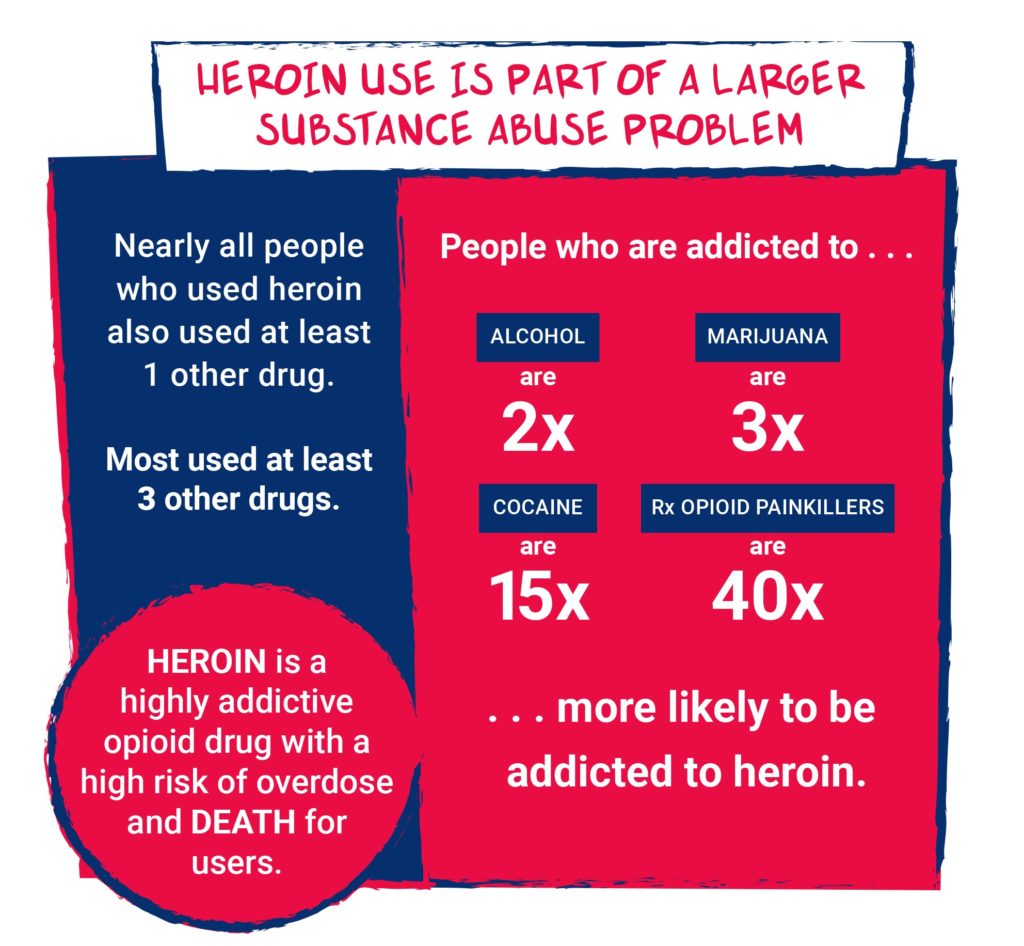 Chart from HIGH, showing heroin use connected to other substances

Kids are often afraid to say anything negative about their families, because they’re afraid they won’t be believed or they’ll get in trouble. And some families create an environment where it’s considered a betrayal to bring “family business” to outsiders. As hard as it may feel to seek help from others in that case, it’s important to remember that healthy family situations don’t need to be kept secret.

The point is that sometimes a good counselor or therapist is needed to make a family stronger and healthier. They can help kids talk about their worries with their parents. They can also help parents with substance-abuse issues, problems with anger, and difficulties coping with life events such as divorce, the death of a loved one, the loss of a job, or mental or physical illness.

Some kids have said that they were terrified of telling their parents about their worries, or maybe telling them that they were thinking of trying drugs, were tempted to try them, or had tried them. They thought they’d get in trouble.

When they finally did tell their parents, though, they were often surprised by the reaction. Sometimes the parents were less angry than they expected. Sometimes they were helpful and even grateful that their children had opened up to them. Sometimes parents shared their own stories, which let the teens know that they weren’t alone and that some thoughts and feelings, frustrations and fears, were the same for their parents and probably for their grandparents, too.

It’s important to remember that every family is different, and conversations that are possible in some may not be possible in others—kids may feel that it’s not safe to bring up some subjects. But especially when they’re going through a difficult time, it’s important for kids to talk to someone.